Gain your PPL in Scotland and you literally have the world at your feet.

PPL Scotland a great adventure and a great place to learn to fly. A Private Pilots Licence really opens up the world of general aviation,  often referred to in the UK as a "Group A" which is the category given by the Civil Aviation Authority. It has various sub categories and ratings but generally speaking it will allow you to fly almost anything from a club Cessna to a classic Spitfire. Scotland is a beautiful place to learn to fly and even more so to explore once you have your licence.

The reason it is called a private licence is because it allows you to fly yourself and a couple of pals, that's it! The passengers can contribute to the cost of the flight as long as you pay your share and don't make any profit. To get any form of payment or "valuable consideration" you need a commercial licence. To get that you need the private licence first, see what I mean about the key to greater things? There are training schools that will take you from zero experience to a full commercial licence on one course but the modular system will still follow basically the same format.

Add your e-mail address to get the latest updates, exclusive offers and inside information about obtaining your PPL in Scotland. 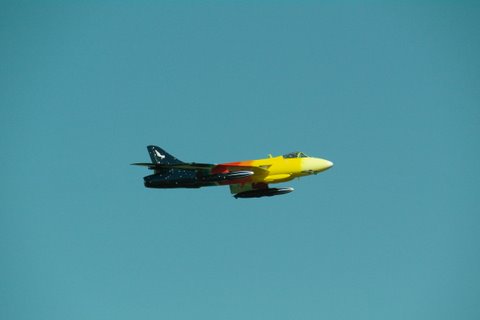 Yes you can fly this ex military Hawker Hunter on a PPL.

, they serve many very we

The range of places you can go is as wide as you like from rural grass airstrips to major international airports. There are fewer restrictions than microlights for example and the increased power, cabin room and speed make touring easier. Pack a bag and nip across to Iceland with a few friends once you have the experience.

The islands of Mull and Bute are popular destinations due to the proximity of hotels to the airfields and their spectacular scenery if you don't want to venture as far as the western isles. Fife is handy for Edinburgh without the cost and hassle of using the international airport, while Inverness and Wick are on my bucket list.

The reality is the majority of pilots stay far closer to their home airport to enjoy the scenery and the amazing feeling you only get in a light aircraft. Short trips to neighbouring airports and organised fly-ins can be just as much of an adventure believe me.

The clubs at the major airports in Glasgow and Edinburgh can be hampered by air traffic control prioritising commercial traffic. You may be restricted to certain times but regardless you may end up in a holding pattern burning fuel and money at a rate of £30 every ten minutes, give that some thought. That is not to say that the clubs are bad they serve many people very well. If you are in the early stages though, there are other options to consider

Many professional pilots begin with a PPL then build experience and gradually work through the additional requirements towards the point where they can take a job. This is often referred to as the "self improver route". Typically first on the list is an instructor rating, then an instrument rating to allow you to fly in poor weather with less visibility than is required for visual flight rules. Multi engine training provides access to larger, faster aircraft with more than one engine, then you will see the cost of flying really increase. If you have an instructor rating you can fly as aircraft commander with other people paying the bill. That is especially beneficial on multi engine aircraft.

The downside is that Group A flying is expensive, don't expect any change from £180 for an hour once you add landing fees. For those of us on a limited budget or too young to get a licence then making friends and chipping in to the cost is well worth considering as a place to start. Club aircraft have to fly on a Certificate of Airworthiness which requires checks by a licenced engineer every 50 hour of flying time or six months whichever comes first. So the minimum for a CofA aircraft is two checks per year, a lot more for busy club aircraft that are racking up the hours. That is roughly the equivalent of getting your car MoT and service at a main dealer with only premium parts so as you can imagine it can be pretty costly. That is primarily why club rates are so high.

There are other ways of reducing costs, one of which would be to consider the world of home built aircraft which operate under different rules. The differences in the rules mean that while they cannot be used for public instruction they can be operated much more economically. They can now be used for instruction if you are the owner or a named shareholder, however I found out recently that it is not always as straightforward as that.

Clubs offering instruction have to be listed as approved training organisations. I found instructors quite happy to teach me on a home built aircraft but in order to comply with the rules the aircraft would have to become part of the club fleet. I did not think that the paperwork exercise was something I could justify just to revalidate my licence but to complete a full PPL training package it is likely to be well worth the effort. Speak to your club before committing to anything though as I only scratched the surface of this issue with one club. It may be easier elsewhere or they may just refuse. 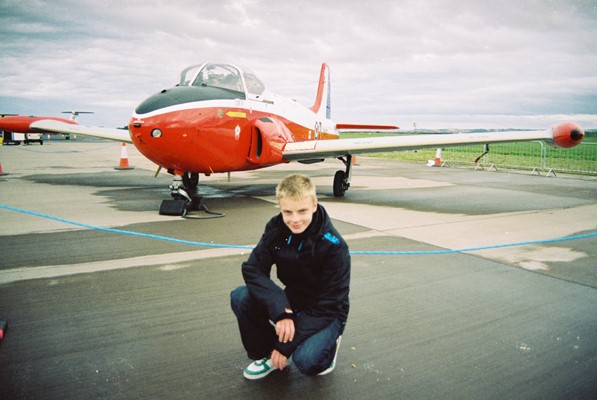 This Jet Provost can also be flown on a PPL licence.

From April 2018 there are changes to the rules regarding British national licences and European EASA licences, if you are working towards a licence right now or are about to start pilot training you do not need to do anything. If you currently hold a British licence then you will only be able to fly non EASA aircraft, so home built, vintage or ex military aircraft and that's it.

EASA types are most club aircraft flying on a certificate of airworthiness as opposed to a permit to fly. To continue to fly those you will need to convert to an EASA licence of which there are two main types. A LAPL, light aircraft pilot licence and an EASA PPL. There is not a huge difference and a LAPL with suffice for most pilots unless you intend to add ratings to fly at night or in instrument conditions etc. If you are going on the self improver route towards a commercial licence then an EASA class A PPL is the one for you.

What Other Visitors Have Said

Click below to see contributions from other visitors to this page...

Hi there, am currently in Edinburugh doing a course, will be here in 4 months Is there a way I can learn PPL in 4-5 months. What are the prices ? …

PPL to home page
Pilot Scotland exists to support all forms of aviation and to bring people together.