Flight Training Cost Explored by Student Pilots for You.

The cost of flight training is probably the scariest thing about learning to fly. I caught up with two student pilots training at Tayside who agreed to share their experiences. I'll let them explain in their own words why they chose an interesting and I think, relatively unusual route into the world of the professional airline pilot.

The days of airlines training their own pilots are long gone and even highly experienced ex military pilots have to put themselves through conversion training to obtain a civilian airline transport pilot licence (ATPL). There are a few companies around who will let you pay them a great deal of money to train on the job, but there are no guarantees of employment or even a useable licence in some cases. So while this may be an attractive option you really need to do your own research before committing yourself. (No, I'm not going to name and shame as that's not what I'm about and I really don't need the grief that would come with that.)

There are some good schools around including a few in Scotland, that will take you all the way from a trial flight to being employable as an airline pilot.

Sign up for my newsletter and get exclusive access to the latest news and deals. I hate spam so I promise not to pester you or share your details with anyone else. 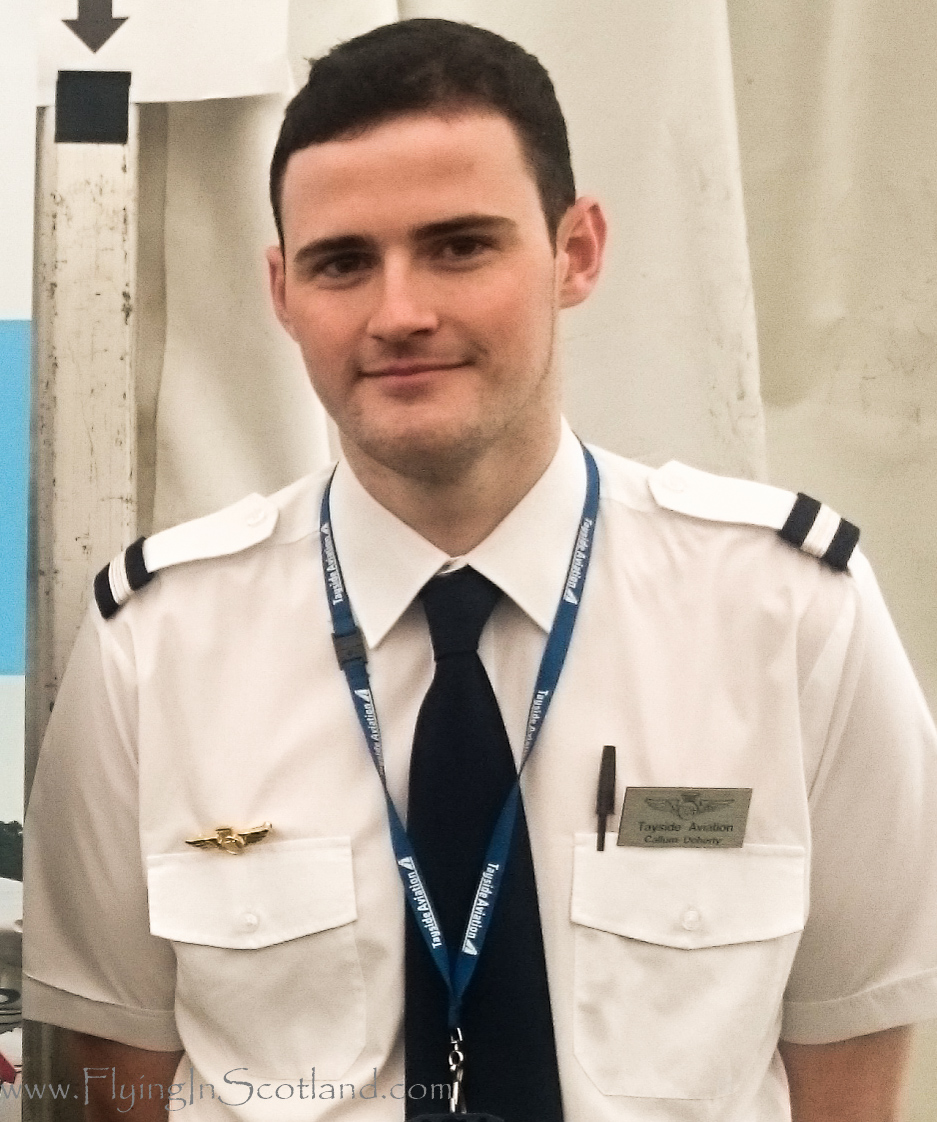 Let's Hear from Craig and Calum... 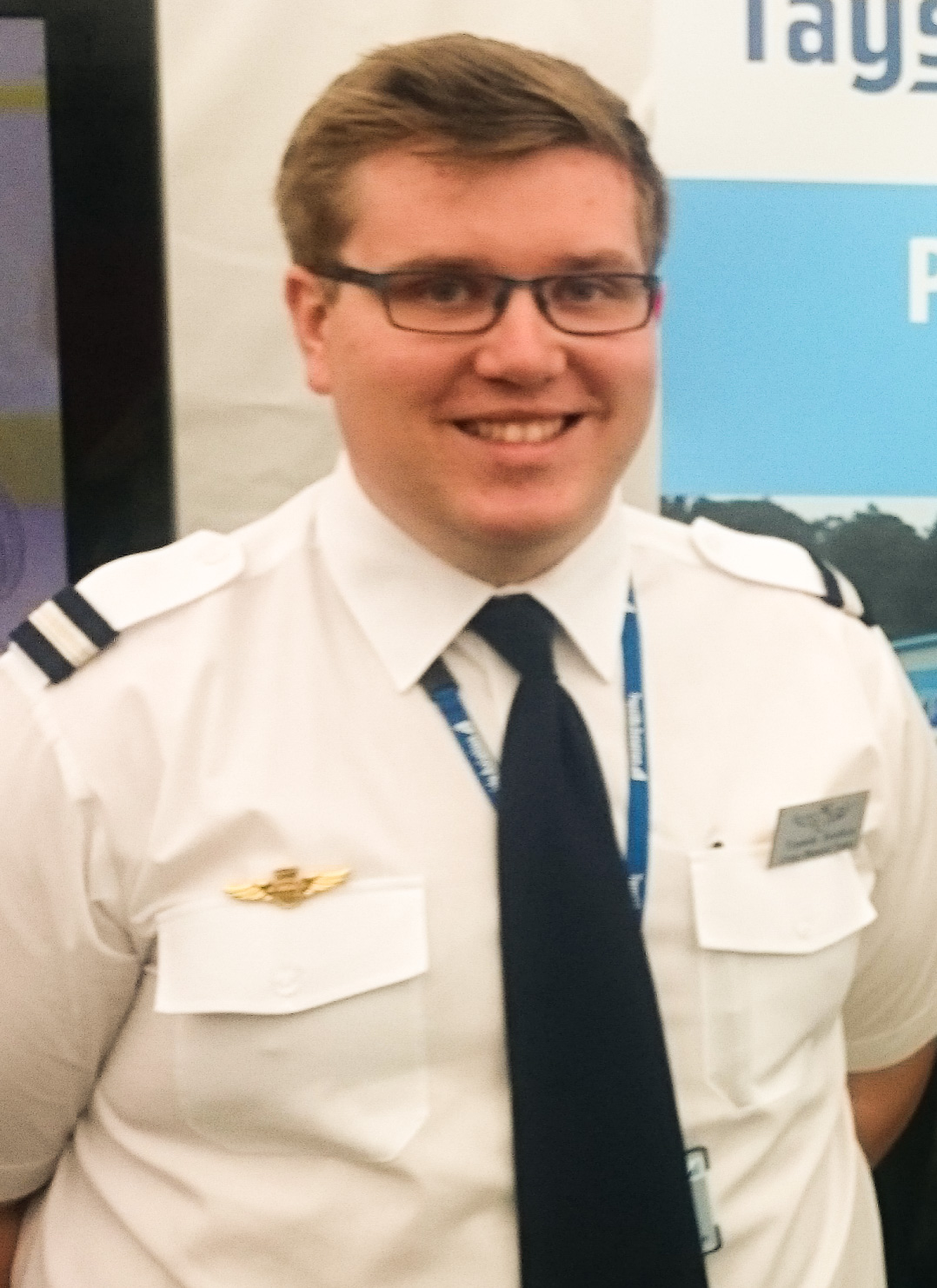 Allow me to introduce you to Calum Docherty and Craig Toner BSC honours degree students on the Professional Aviation and Pilot Practice  flight training course at Tayside Aviation.

Jim: Gentlemen, how did you come to choose this particular course?

Calum; I’m embarked on the BSC Honours degree as it was the best and most practical way for me to get from PPL to get in to a future with Loganair as a first officer as Loganair do use Tayside instructors and take them on board. It was the most affordable option for me, using Middlesex University and the student funding that they provide. It’s also the best type of flying as it offered flying in Scotland with the different terrain, the weather conditions, and flying at Dundee which is in fact the sunniest city in Scotland. We get some good days flying, the scenery is fantastic and there are some great places to fly to, up to Pitlochry, Inverness, Oban...

Craig; We are blessed with air traffic services at Dundee too which we don’t get elsewhere. It’s full category air traffic control and full aerodrome procedure, so we can do quite a lot of instrumentation flights as well.

Jim; How did you get into aviation Craig?

Craig; I’ve always wanted to do it, I live under the approach at RAF Lossiemouth. I originally wanted to be a lifeboatman but I was afraid of the sea so that didn’t work. I couldn’t join the RAF due to of my eyesight so I had to go for commercial flying. I went to all of the schools in England and had a look at them and, to be honest with you, they were all out of our price range. It just wasn’t feasible. After a Google search we found Tayside Aviation and at the time they had just launched the degree which has access to funding which makes it significantly cheaper. Although still quite a bit of money it was more reasonable and it wasn’t an up front payment , but in chunks so we could raise it a lot more easily.

Jim; On the subject of money what does the flight training cost?

Calum; Significantly cheaper then than elsewhere, which was closer to £120k so it was the only choice for me as I don’t have access to the extra funds required there. Also I like the feel here, the friendly atmosphere, the aircraft they use, they have a good selection with the PA28 Warrior and The Aquila aircraft, and also they have the ACPS (Air Cadet Pilot Scholarship) cadets scheme there, which is an RAF accredited training scheme. The RAF check out the instructors to make sure they can fly with the cadets so it is a fantastic training establishment. I’m very glad to be part of it.

Jim; As they are an RAF approved school is there any feeder programme towards an RAF career?

Craig; I suppose, as there is a cadet programme, the cadets go solo at Tayside so might come back to do their PPL. There are also Gaplan scholarships, AirBP and the Air league they are fortunate to have. Also when the cadets finish 12 hrs flying if they don’t go solo they can access those scholarships sometimes to go solo that way.

Calum; It is quite a prestigious scheme so the RAF, particularly for fast jet, they will look at these people and say, right they have gone solo in 12 hours, which is quite good achievement, so it obviously shows that they have the ability to do good things with the aircraft so that's how they use that as a stepping stone for fast jet pilots.

Jim; OK, so one of the questions I’ve got is, Why a degree? Being a pilot is a very practical thing, why take the extra step and get a degree?

Craig;  For me it was the access to student funding that was a big stepping stone.  For many years as well, pilots were not getting an academic qualification to accompany their training. Pilots have a history of being quite educated people, not that we all are as sometimes I’m pretty silly. It’s nice to have an academic qualification to go along with the practical side of it.

Calum; It also differentiates us from other pilots, we have a Pilot Practice Degree, so it gives us something else to offer the airlines. Also getting a degree shows we are committed, depending on what degree we come out with, hopefully a 2:1 degree then it shows we have a very good degree from it.

Craig; A lot of the degree work is not about piloting, it’s about the wider aviation world. A lot of it focuses on our performance, what we have done and how we can improve on it. What we could have done that was maybe a different solution, more analytical, giving us a wider aspect on what we are doing in the aviation industry.

Jim; Awesome, so what does the future hold? Are you both hoping for Loganair?

Craig; Yep absolutely I really want an Inverness base because that’s where I live. Although my mum wouldn’t say so, I like to live at home, free meals, clothes Ironed etc. Honestly though as long as I’m flying I don’t care where I am.

Calum; I’m happy with any airline that will open its arms to me, I am open to any airline out there, as long as I’m flying I’ll work for any airline that is recruiting, would be a priveledge.  I’m really looking forward to the future.

Jim; So we have explored the cost of training, on the flip side what’s the salary for pilots these days?

Craig; Good question, it depends where you go, obviously jets I think earn a bit more but to be honest,  once you have four stripes on your shoulder to be honest it doesn’t make a difference for me. I think if you go in for the money you are doing it for the wrong reasons, if you love flying you just have to do it as you have the passion to do it. But wages, the bigger airlines offer bigger money, a Loganair captain is not going to be getting the same as British Airways chief training captain on the airbus A380.

Calum; Loganair are offering experience, flying into great destinations, fantastic aircraft with different procedures to follow and opportunities you don’t really get with other airlines. For instance at Barra you land on the beach, not a lot of pilots can say that every day you land on the beach with 19 passengers on board so it’s definitely an experience to behold.

Craig; It’s definitely unique, we had Alastair Murray who is first officer here yesterday. He was saying that they were flying to Stornoway and Benbecula the other day and it was a stunning day they turned off the autopilot and flew VFR (visual flight rules) at 3000 feet. You wouldn’t get that anywhere else, the bigger airlines are set on their procedures and ILS approaches into every airport. These guys just go and fly the plane, it’s awesome what they do.

Jim; So That joke about the co pilot’s job being to feed the dog and the dog's job being to stop the pilot touching the controls...?

Calum; Not for Loganair no, you can watch the videos and they work so well together, the pilot monitoring and the pilot flying and they both complement each other for a safely conducted flight.

Craig; The Loganair aircraft types have quite a tight cockpit, they have quite a lot of work to do and they don’t always have all the computers that the bigger airlines are blessed with so they are in control the entire time, they don’t have time to sit back and rest.

Jim; Did you say blessed or cursed?

Craig; Blessed haha, They are very hands on, very experienced at what they do and it just looks like they have an absolutely awesome time at work.

Jim; Thanks gents, best of luck with your training and future careers. 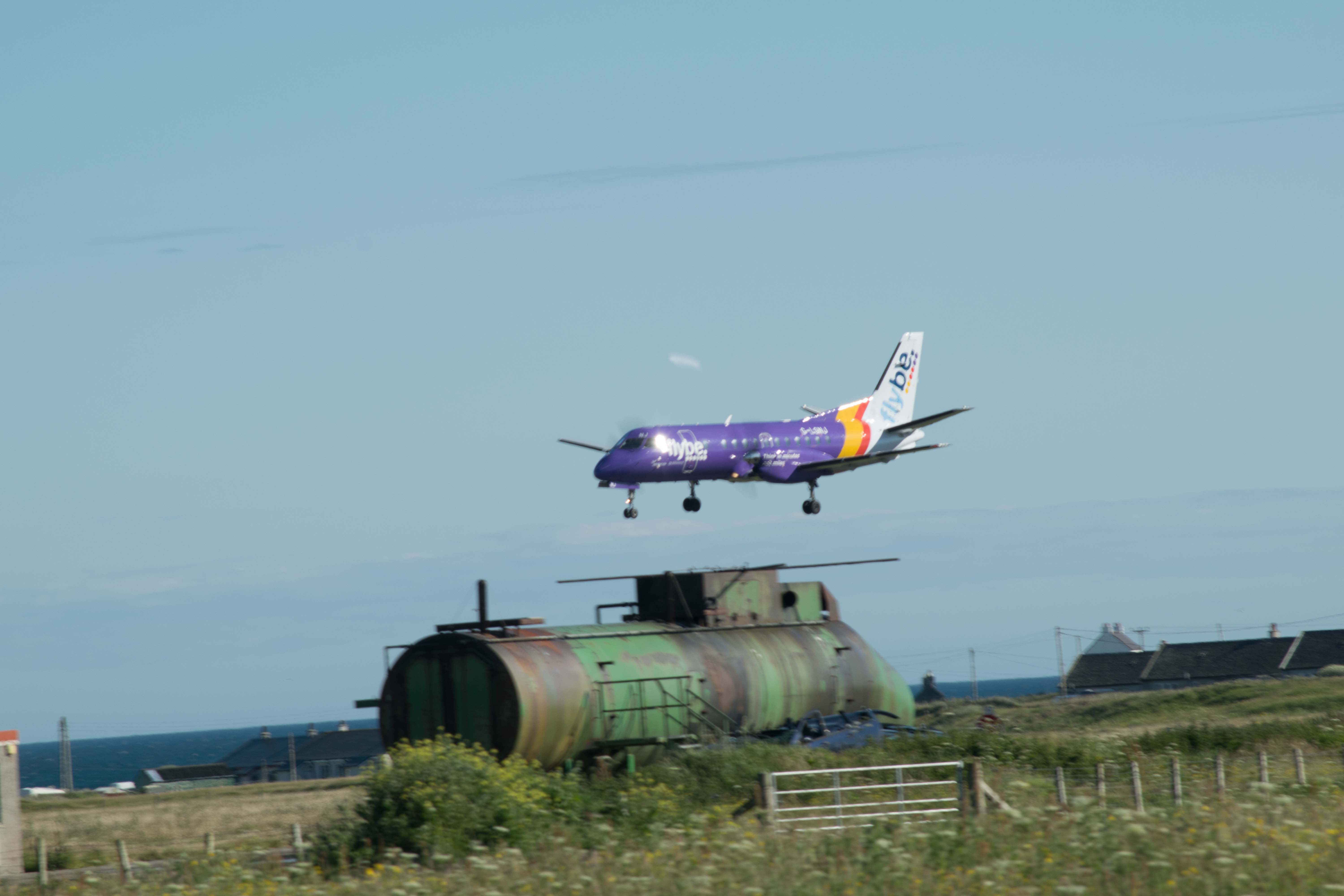 Flight Training Cost is not the Only Issue.

There is still a real need for pilots coming into the industry and it seems that there is a bit of imbalance developing with older pilots retiring the average age in the cockpit has dropped considerably. This also means that while there are plenty of young first officers, there is a shortage of experienced captains to fill the left hand seat. Boeing recently released a statement that they estimate the industry worldwide will need 615,000 new pilots over the next 20 years, that's a fair few by any measure. It will be interesting to see what effect that has on training costs and whether we may see a reintroduction of some form of apprenticeship.

An emerging question in the training industry seems to be "Is the cost of flight training worth the investment?" Clearly with demand comes a need for supply. For years now airlines have benefitted from students being willing to pay their own way, is this sustainable though?