Nice start to the paragliding season 2012 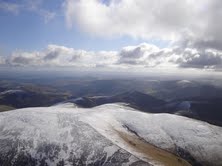 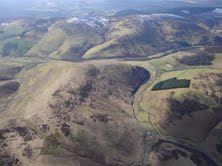 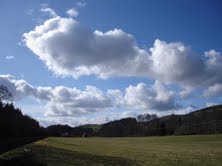 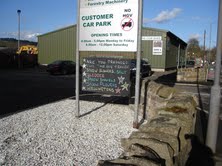 Monday was even better than expected – a really nice start to the season. Sometimes early spring days (snowdrop season ) can be really excellent and today was one. A great airmass, with steady well formed climbs with base at 3800 high enough to be workable. Alistair Tony and I arrived at Moorfoots at around 12 with Cliff already soaring. We were joined by Russel from Canada, dropping in on Scotland for a few days en route to Bir ( Ron – if you still read the group say hello if you see him ) I saw Ian arriving as I went along to the quarry – Did you fly ? ) Charlie and Richard turned up later.

It still amazes me every how the season just switches on but the buzzards certainly knew – marking good thermals way out in front . The climbout from Moorfoots is always tricky with not much space between the 3500 limit and the ground, until you reach the 4000 limit 5 km back, so it was great to have a big cloud to drift back with to near Innerleithen. After a sinky glide on to Walkerburn I was almost down but a good 450 fpm thermal from the town got us up and over the ridge, but I got suckered on and arrived low in Yarrow. A vain attempt to work the bottom slopes on Fast Heugh and down. It good to be consistent but Im not sure if consistently making the same mistake counts ?

So apart from an hour’s torture of watching buzzards and gulls still climbing in the fantastic sky, it was a lift into Selkirk and walk along the Ettrick, and Alistair, who also got a quick lift, came down on retrieve and we got Tony in Gala. Trias also had a great flight from Tinto.

Tuesday is pretty certainly too windy but at least we’re off to a good start, and there’s more to come next weekend ?

Join in and write your own page! It's easy to do. How? Simply click here to return to Share your story..