An introduction to gliders for the beginner.

Gliders are some of the simplest flying machines there are as they do not need an engine and all the associated nonsense that goes with one. No fuel, no propeller, no smelly exhausts, no noise and no vibrations. Just you, the air and a few simple instruments. Bliss!

Because they have no engine they are built to fly really very well indeed so that they can remain aloft as long as possible. A decent model will have a glide ratio of around 35:1. That is to say it will travel 35 meters along the ground for every one it loses in height. That may not sound much but a pilot with a little experience can stay aloft all day, long after the guy in the Cessna has had to land to refuel. High performance aircraft can do better than 50:1.

As a comparison a Cessna 150 has a ratio of about 7:1 without the engine and that is considered safe enough to get you back to the ground without breaking anything. Granted it will be in a farmer’s field rather than an airfield as you have little chance of exploiting a thermal of rising air as a sailplane would, but they are after all designed to do different things.

One of the most remarkable developments I have ever seen in these days of super caution and safety overload is the reduction in the age limits for solo flying in gliders. It is now possible for 14 year olds to take to the air as aircraft captain entirely on their own.

14 year olds regularly fly solo and compete directly with adults on equal terms. A full three years before you can legally drive a car you can take complete control of an aircraft as the only occupant and go soaring. It is quite a remarkable thing and I am really impressed that the British Gliding Association, the governing body deputised be the CAA have been able to achieve such a feat. It is now quite common to see youngsters flying gliders as they have often been training for a couple of years already with parents or through club schemes.

This is excellent news for the future of gliding in particular but general aviation as a whole as the average age of pilots was increasing steadily upwards into the grey blue yonder years.

As is the case with any type of vehicle there are different variants for different specific tasks such as training, cross country endurance flights or aerobatics. It is possible to compete in any of these disciplines at anything from club to world class level so there is always a new challenge to be had if you get bored.

The basic layout of a glider or sailplane as they are more correctly called, tends to be fairly similar and conventional. The performance comes from design tweaks in the details and the manner or materials used in construction. 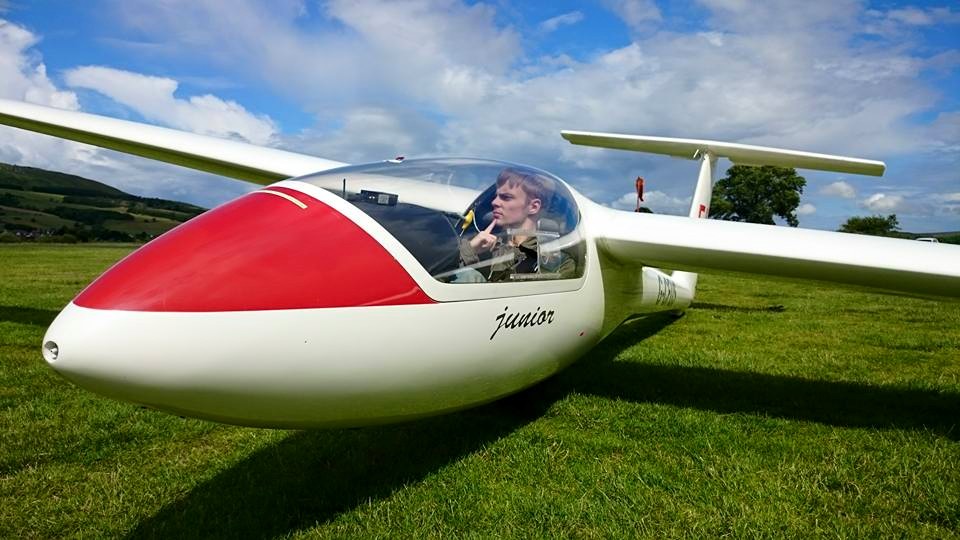 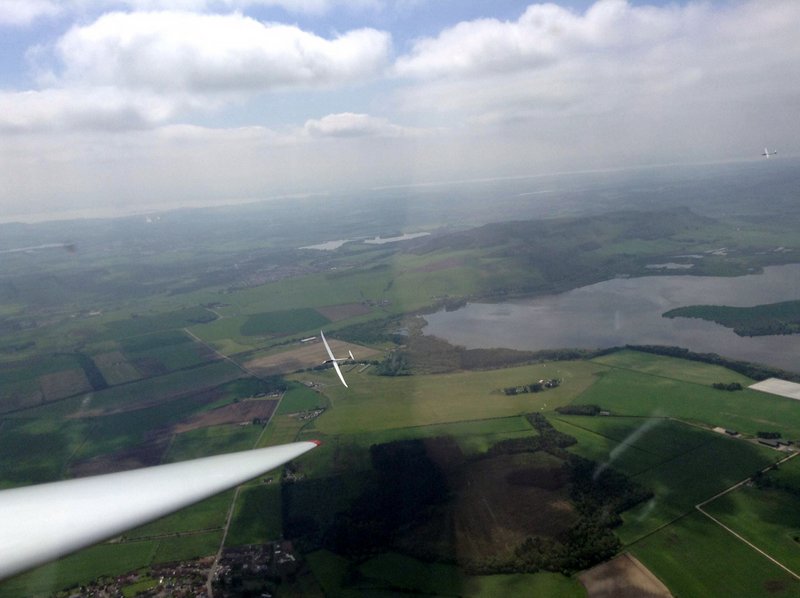 Generally sailplanes have much longer, narrower wings than powered aircraft. This high aspect ratio design enables the pilot to feel for and exploit surprisingly small currents of air often by flying tight circles to remain in the rising air.

Aircraft are either single seat or dual seat, but the seats may be side by side or in tandem one behind the other. The aircraft may be made from wood and fabric or carbon fibre composites. Most modern aircraft are of composite construction but there are still many older types in regular use with a significant following.

Gliding is much less expensive than most other forms of flying as the aircraft are less complex and a good deal of servicing can be done by the pilots or clubs without the need for expensive engineers. Safety standards are maintained by independent inspectors appointed by the BGA.

Skills learned in the glider cockpit will transfer easily across into power flying and will make for more rounded pilots. The challenge of finding and maximising lift gives real meaning to the flying so even very local trips require skill and observation. The proximity of other aircraft in a thermal column can cause anxiety in pilots particularly from the airline sector where separation is measured in miles and thousands of feet as opposed to a few dozen. What "Group A" pilots would count as a near miss, glider pilots call sharing the sky. Accidents are rare because everyone is sharp and alert to what is going on around them.

A line up of Venture T2 motor gliders. Photo courtesy of MoD.

My first solo flight was in one of these aircraft when I was seventeen so I have a soft spot for them.  The Venture T2 of the Air Cadets Central Gliding School at RAF Syerston did not have the sleek lines of the new Grob or the exotic glide ratio but I loved every minute of it. Purists will say that a glider with an engine is not a glider at all.

I can assure the critics that it was very much a glider once you turn the Volkswagen engine off. Note please, not throttled back to idle but completely off. No second chances for a missed approach, right first time just like the boys on the Grobs! We were only allowed to touch the starter button to make sure the prop stopped in the horizontal position.

Self launching types have also come a long way with both single and two seat versions in full composite construction with tiny engines that retract completely inside the fuselage behind the cockpit, even jets in one or two cases. Very smart and much better performance without any doubt, but you will need much deeper pockets than you would for the venture.

Sadly many of the vintage types are coming to the end of their flying lives, even with all the TLC from their owners, I doubt though that modern types will have the same lifespan but that remains to be seen.

As with microlights and Group A, there is an area of overlap where training on a self launching motor glider counts towards a PPL or LAPL. While the performance is not there neither are the costs so exploring motor glider tuition, even shared ownership could be the cheapest way to a powered licence. Once you are finished or have outgrown your aeroplane you can sell the share on and get your money back. £20-£30 per hour as opposed to £200, multiplied by 30 to 40 hours, it's an option worth looking into.