The Scottish airshow calendar has a few significant dates to look out for.

An airshow is many things and definitely a date to keep. In the most official line it is a showcase for manufacturers, the corporate business world and a recruitment opportunity for civil and military aviation alike.

It can be a way for airfield operators to give something back to the community to make up for the noise or a recruiting and information event.

It can be a way to promote small business, museums, flying clubs, owners groups or local charities. They are always a way for like minded people to get together and have fun with, or without the family.

The airshow calendar in Scotland is fairly scant on dates and sadly it appears that the two day event in Ayr will be off the calendar in 2018.

The show had expanded considerably with the Red Arrows visiting on both days and many more military displays in the air. There were some issues, notably with the Royal Navy pulling out at the last minute last year and the weather was not kind on the second day. There was however some sparkling flying on the Saturday.

The museum of flight at East Fortune has an annual airshow which is very family friendly. This usually has less military input however it does showcase some of the best civilian displays from gliders to wing walkers.

This is a much more intimate airshow where the display is often closer to the crowd line than the bigger displays. Full access to the extensive museum hangars makes for an excellent day out. The museum is also well worth a visit in its own right.

It appears the this show too may be in jeopardy as no date has been released yet. The weather decimated the flying programme in 2017 so there is certainly a lot to recover from.

The museum does have a half term event between 10th and 18th February entitled "Reach for the Skies", centering around the Spitfire display.

The village of Strathaven plays host to two aviation events that perhaps do not qualify strictly as airshows but are well worth seeking out.

The annual Hot Air Balloon festival gives a rare chance to get close to these magnificent creations. Meet the pilots, book flights or just enjoy the evening "glow" where the hot air burners light up the night sky to the sound of the bands on stage.

The airfield in the town is home to a thriving flying club and training school who host regular fly ins. Fly ins attract pilots from all over Scotland and the North of England for a day out in a wide variety of aircraft.

This spectacular display was the opening act of #scotair17 the annual airshow at Ayr seafront. An F16 from 31 squadron Belgian Air Force. It shows that clear skies do happen. 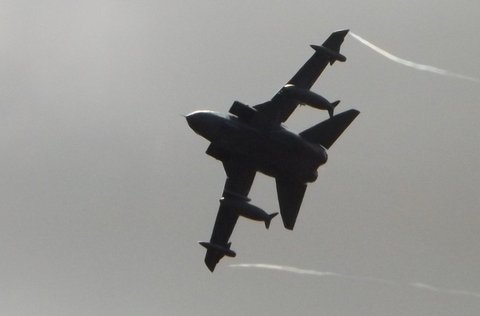 Photo Courtesy of www.scotlandinaweek.com Sadly with the closure of RAF Leuchars in Fife, we have lost the premier military event of the year. The base has been transferred to the Army so I live in hope that once they settle in they may raise the curtain again. 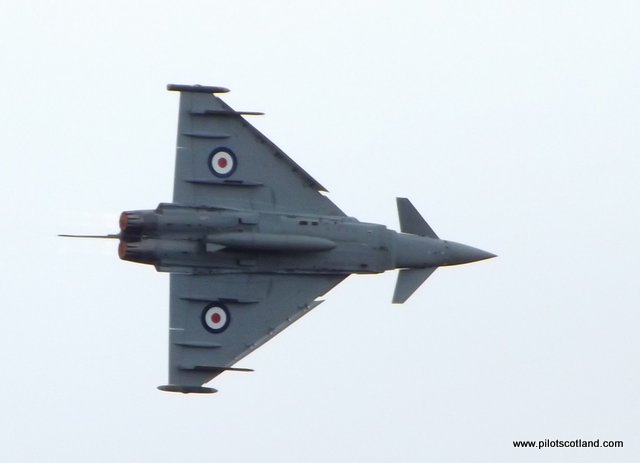 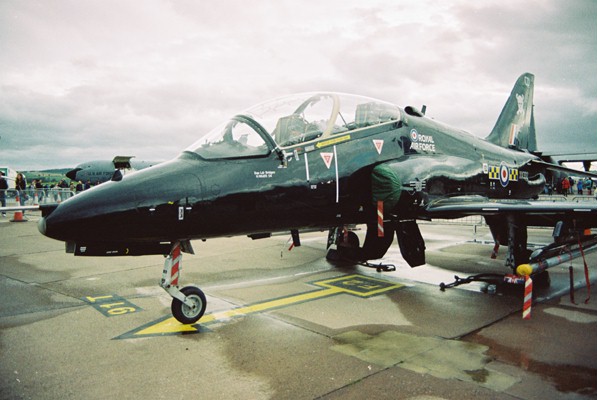 Airshow calendar to home page
Pilot Scotland exists to support all forms of aviation and to bring people together.