I hear the call to the tower on the radio in the clubhouse, a request to join the circuit with a vertical decent over the signal square to land. I look out expecting a helicopter, but see a tiny aircraft crack over the field at 1000 feet then spiral tightly down in an incredibly small radius turn, to ease out into a roller landing an equally incredibly short distance.

For some this is a life defining moment, the birth of a new passion, for others like Kevin himself, the starting point of a career in aviation.

I must point out that not everyone has such a spectacular flight, only those who are both willing and have the right stuff are introduced so early to the more exciting corners of the flight envelope. Those of a more gentle nature can enjoy a much more sedate introduction as the autogyro is just as comfortable on a more conventional profile.

Kevin’s background in the off shore oil industry unsurprisingly peaked his interest in flying and helicopters in particular. The incredibly high cost of helicopter flying led him to seek other avenues though and he discovered flexwing microlights in 2005.

A View of Perth Airfield home of Alba Airsports. 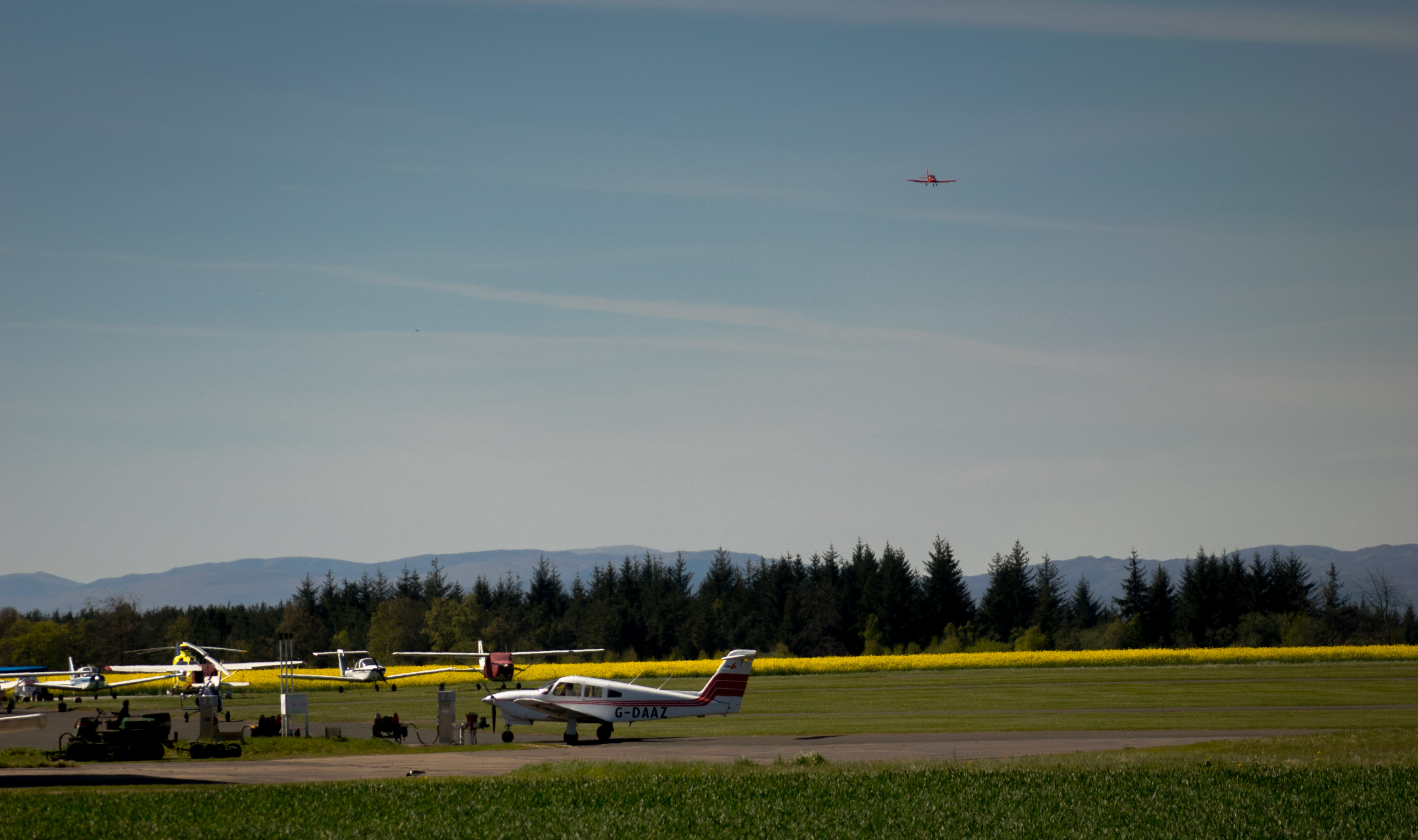 I know there was a lot of bad press around autogyro flying for years, even after “Little Nellie” shot to stardom as co-star to Sean Connery in the James Bond movie ‘You Only Live Twice’. Kevin is completely open about this and explains exactly why  some of the early machines were so accident prone.

"The setup was all wrong, the thrust line was too high so when you added power it pushed the nose down, if you were not ready for that then it could lead to problems. Modern machines have all of that sorted out. They also now have tailplanes which add to the stability.  Gyros are much more stable and secure than the flexwing, in fact they are about the most stable aircraft you can fly."

I have to decline the kind offer of a flight as time has caught up with me and I have a man to see about a Shadow microlight. I will definitely be back to visit Alba another day though. Kevin is clearly one of the type who is in the business for the flying and is more about sharing the passion than making the money. (It was poking around the hangar with him and getting off topic that cramped my time.)

If this has inspired you to have a go, then you can have a crack at it yourself for less that the cost of flying in a “Group A” aircraft.  Look up Alba, for current prices and offers.

If you feel the need, then obtaining your PPL (G) involves a minimum of 40 hours flying (£139 per hour at the time of writing) and five written exams. Kevin tells me the average length of time to actually obtain a licence is around 50-60 hours. The one hour instruction per year of age rule of thumb applies here as to most types of flying.

That said if you are sharp and can commit the time to flying regularly you can do it in 40. Challenge yourself.